Last Saturday we were at Shangri-La Plaza in Ortigas to again follow-up with Rustan’s a service request that has been pending with them for more than a year: 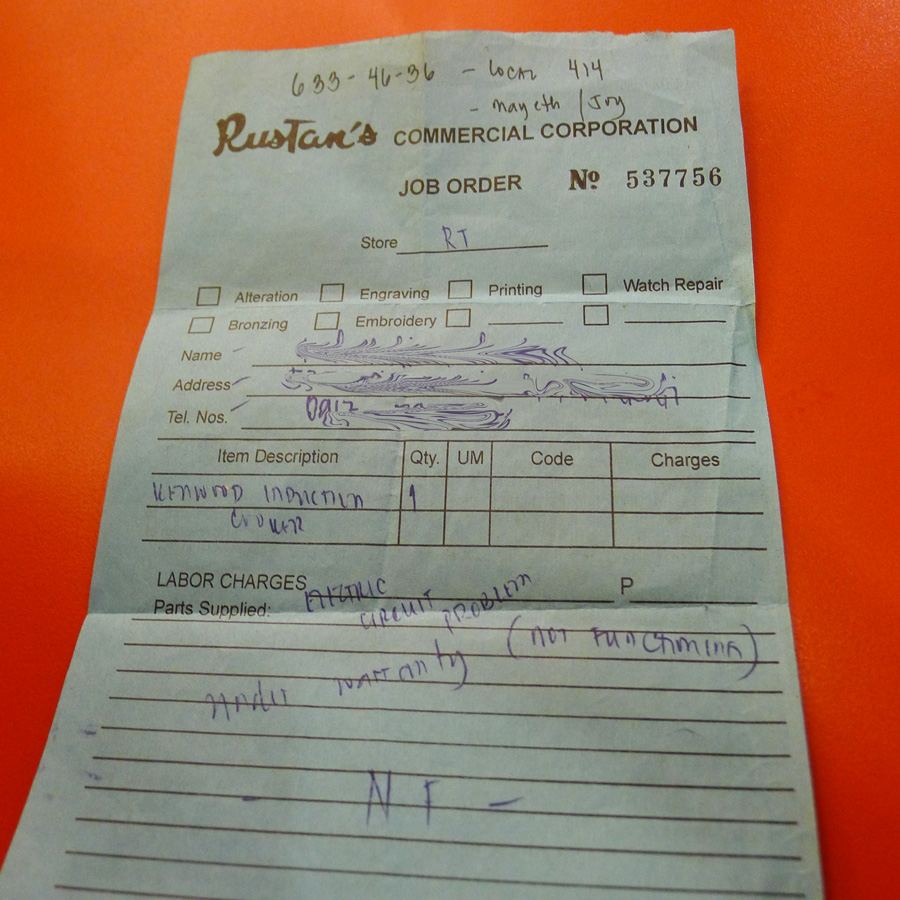 My former boss gifted me and AJ a Kenwood induction cooker as wedding gift (we were married last May 28, 2011). 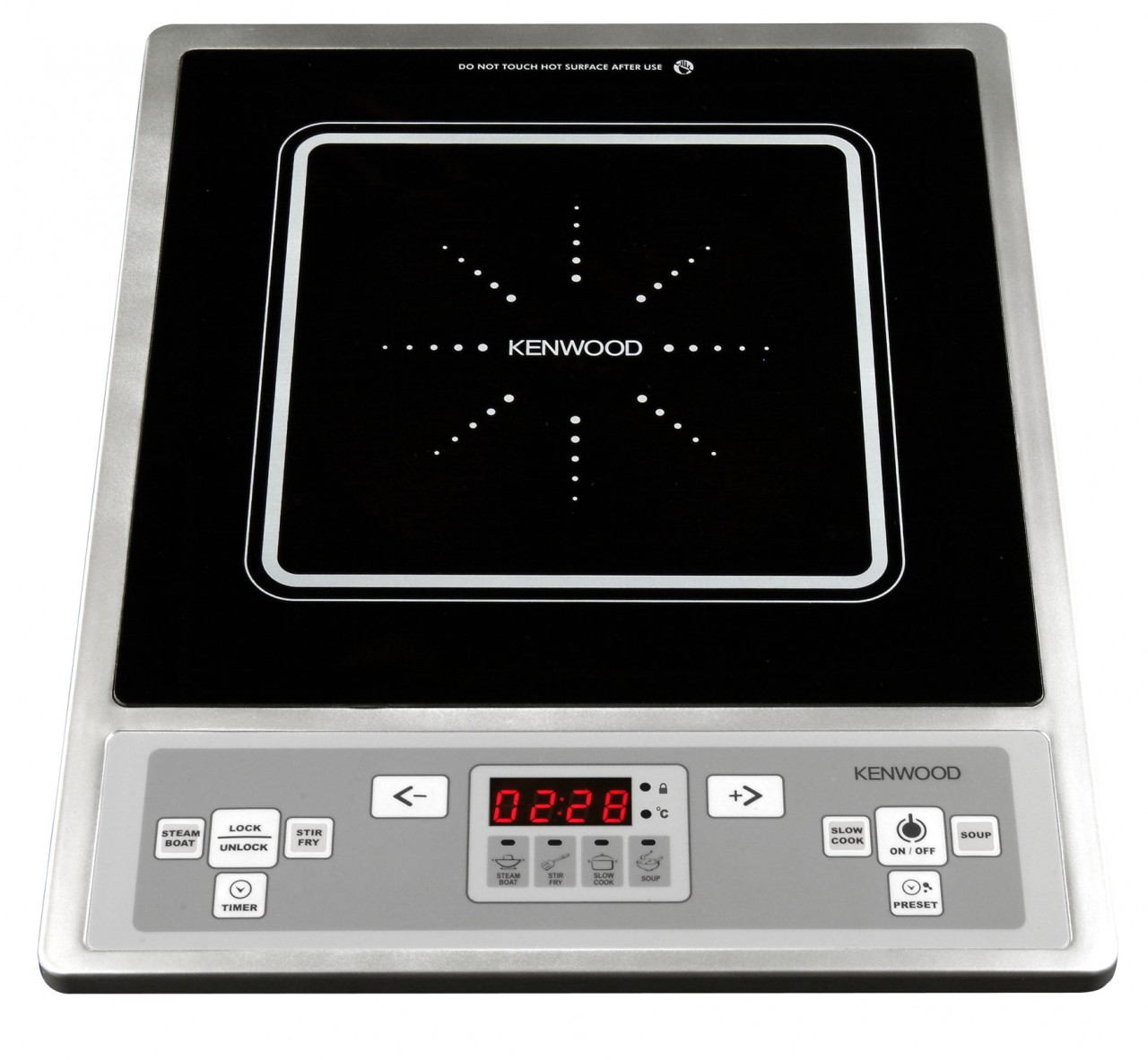 It was a beautiful cooker – just perfect for our apartment.   We immediately used it and on our first night at home, was able to cook a fine adobo (stewed pork/chicken).

Thankfully my boss has given me the receipt of his purchase so we were able to bring the poor thing to Rustan’s Shangri-La branch on the following day, Sunday (June 5, 2011 ).

We were given that blue paper (above) and were told that we will get a call from them when the unit is ready to be picked up.

Constant follow-ups were made, and on one of our random visit there we again made follow-up with the people of the Home Section and were told that the original distributor of Kenwood was no longer in operation, and they are dealing with a new one.    I think they were not sure if our unit was turned over to the new distributor for service.

More months passed and really, I can choose to just forget about the whole thing because: (1) we already have a stove top (which we immediately bought after the induction cooker went dead) and (2) we did not spend for it.   But I couldn’t bear to think that the people at Rustan’s (known for its “impeccable” customer service) would also “forget” to inform us about the status of that service request.  We didn’t know if they really were making follow-ups with the supposed new distributor of Kenwood.  We thought that they (Rustan’s) will just replace the unit because it’s kinda impossible to repair one that exploded just after a day of using.

Anyway, we decided to take another visit at Rustan’s and see if after 1 year they finally have a comforting news for us about our cooker.

We were finally accommodated by Shirley, the supervisor of the Home Section and yes, they still do not have news about the induction cooker.  Calls were also made with the distributor but yielded no definite resolutions to the issue.

In the end, we were promised the following:

1.  Another 7-days for Rustan’s to make follow-ups to the distributor;

2.  If, after 7-days (or after July 15, 2012) the induction cooker is not yet delivered at their store, they will change it into gift certificates or other item.

Geez, another 1 week hassle is in store for us.  But okay, for one last time we will hold our patience for them.

Last Monday (July 9), I received a text message from Ricky, the person supposed to be in-charge of our request, saying that our induction cooker is already okay and he even asked if I prefer to have it delivered at home or for pick-up at their store.  I replied that we will pick it up at their store so we can have it tested there as well.

And oh, before I forget, I requested for extended warranty, given that we weren’t able to use the induction cooker for the most part of the warrantly period.   Ricky of Rustan’s denied the request, saying that if I want extended warranty, I will have to pay for it.   Is that correct?

Rescued plant (or leaf, in this case). Found this

I am calling this kitty 'Pepper', GG2's youngest a