I used our Saladmaster Electric Skillet for this recipe and for the first time, AJ and I were able to make a barbeque dish where the meat was cooked well both inside and outside.   We actually bought a Neoflam grill pan last year specifically for grilled and barbeque dishes.    But we almost always end up with a half-done grilled dish because the inside part of the meat was always still raw.   The last time we cooked barbequed porkchops using the grill pan, we boiled the meat first before putting them in the grill pan, to ensure that they are cooked well – both inside and out.

So you could imagine our excitement when we tried a barbeque dish using Saladmaster.   The recipe was shared to me by Ate Jane and I really thank her for that because now we have a ready barbeque dish available for future house guests.

For this recipe, you will only need the following:

Step 2:  In an electric skillet, arrange the marinaded chicken.

Step 3:  Pour the can of sprite, followed by the barbeque sauce.   Season with rosemary/thyme.   Make sure the turn the chicken after so that it will be marinaded well.

Step 4:  Set the electric skillet to 180 degrees and leave for about 40 minutes.

Step 5:  When the 40 minutes is up, flip the chicken and then leave for another 5 minutes.

The finished product.  It was very flavorful and smelled great! (thanks to the rosemary that we put so generously).  The chicken was very tender and the meat almost falling off the bone! 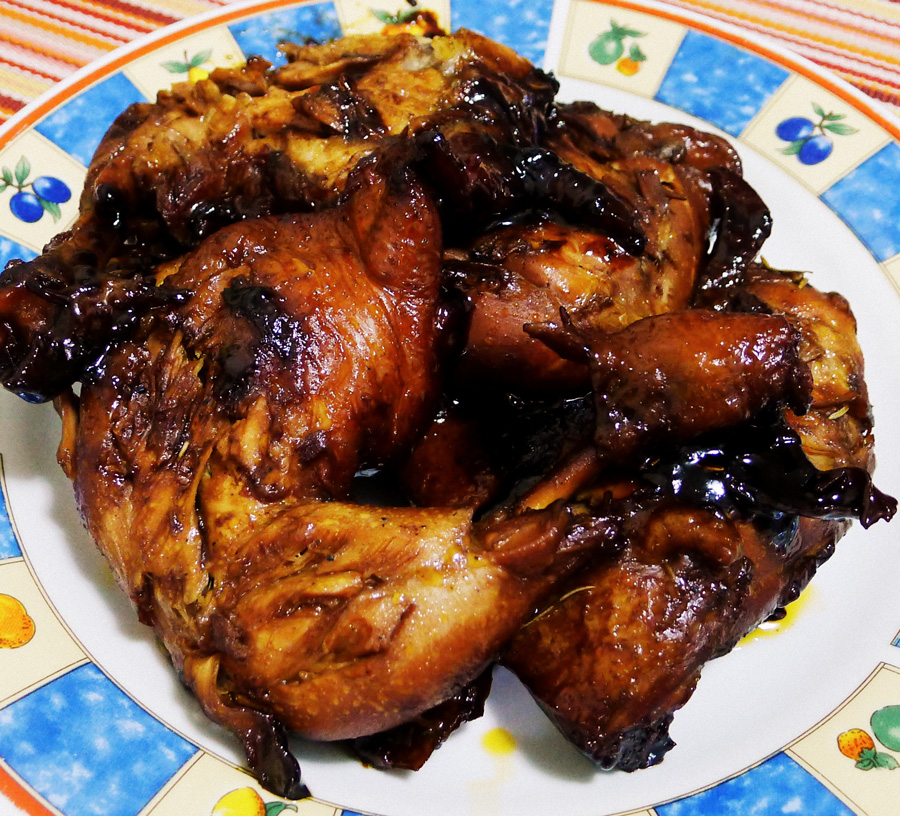 Perfect!    Will definitely have this again   =)

The #bokbokbitch ring is back! And so I am, who is