The first time I watched Mama Mia (the movie), it was not in a movie theater.  It was in my brother’s iTouch.    I love it so much that I kept replaying the DVD we later bought.   I dream of seeing it in a live musicale (because it is, after all, a full-fledged musicale) and have not been content watching snippets of it from YouTube.  We even chose some of the movie’s songs for our wedding reception.   It totally livened up the audience!

Going back to the movie, it starred no less than Meryl Streep as Donna, Amanda Seyfried as her daughter, Sophie, and the 3 gentlemen who played the roles of Sam, Harry and Bill were Pierce Brosnan, Colin Firth and Stellan Skarsgard.  It was an unforgettable film for me – one of the best movie musicales I’ve seen, next to Moulin Rouge.   (image below is from Simplesmente Abba!) 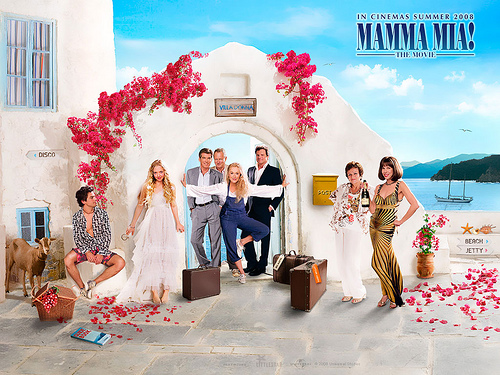 I’m not much of a storyteller so I’ll let you read the synopsis here.

Among the scenes (or rather, production numbers) that I keep going back to whenever I view this film are the following:

Rosie, Donna and Tanya jumping and singing to the tune of “Dancing Queen”: 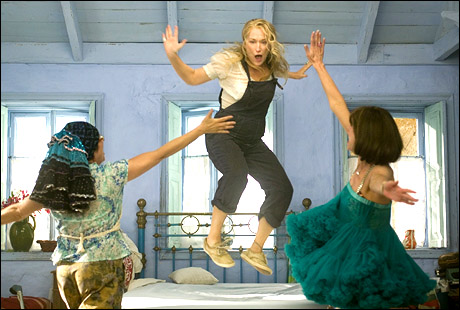 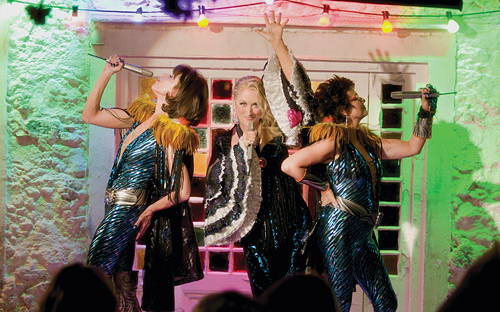 This one’s a very powerful scene, with Donna pouring out all her heart to Sam, to the tune of “The Winner Takes It All”.   She was shown here running beautifully on her way to the Agios Ioannis Chapel, located on the island’s highest point, where her daughter’s wedding is about to take off. 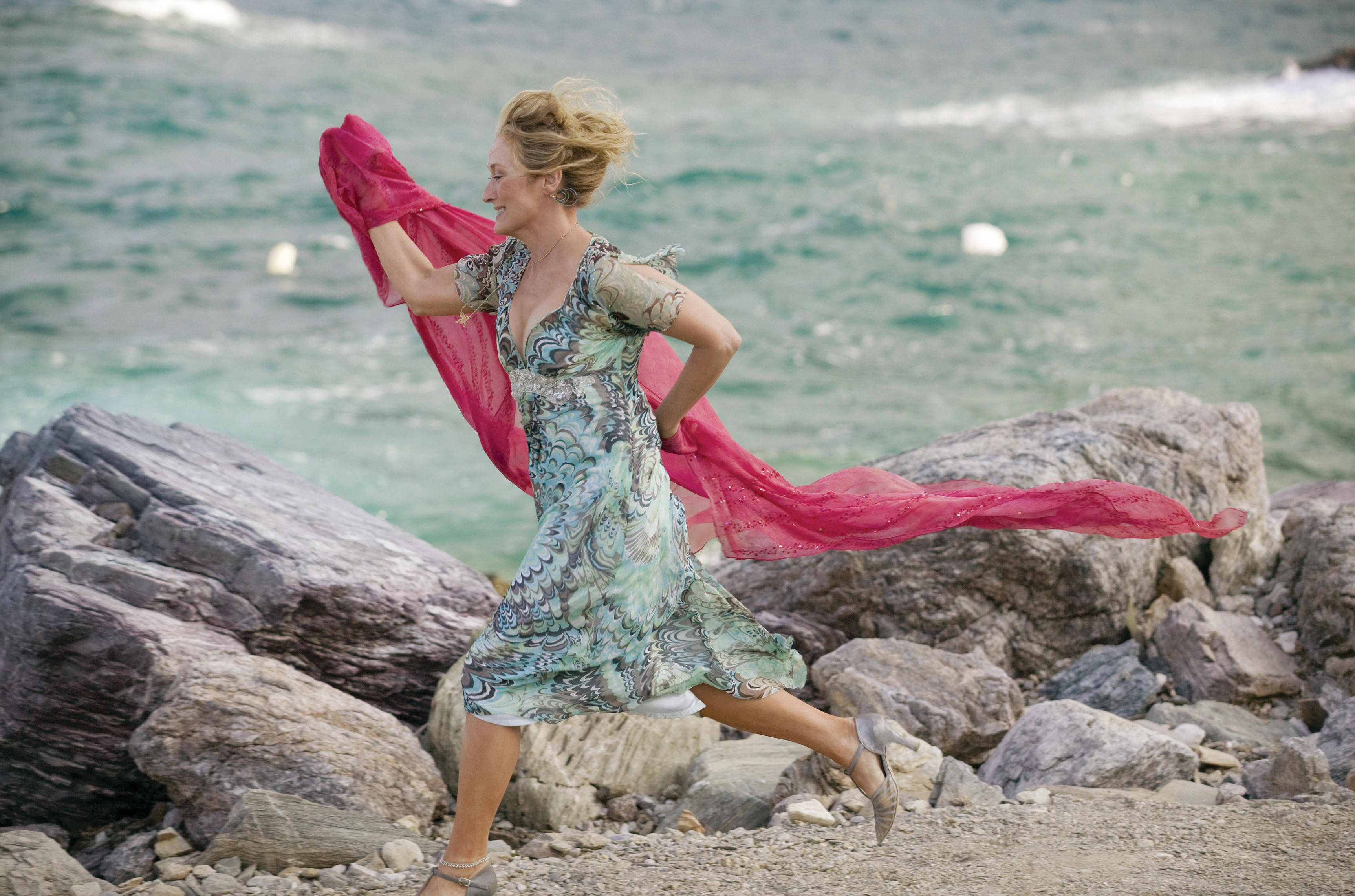 Now, thanks to Citibank, my chance to see Mama Mia in the theater has become a near reality!    Citibank is sponsoring the Manila run of Mama Mia, scheduled to open at the CCP in January 2012.   Last year, Citibank gave us CATS, which AJ and I also watched and tremendously enjoyed. 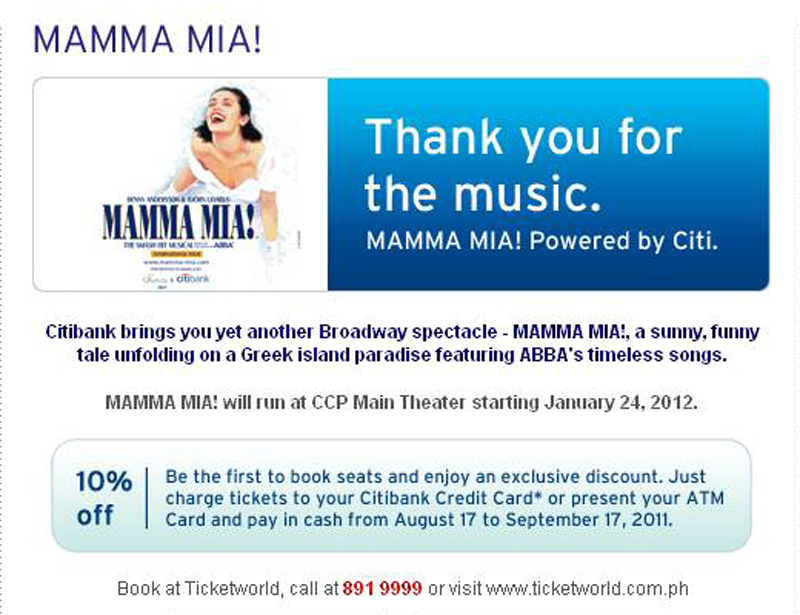 No midweek slump for #GigitheCatBully. Fierce as a

My childhood friends 😄 (Now sing with me 🎶